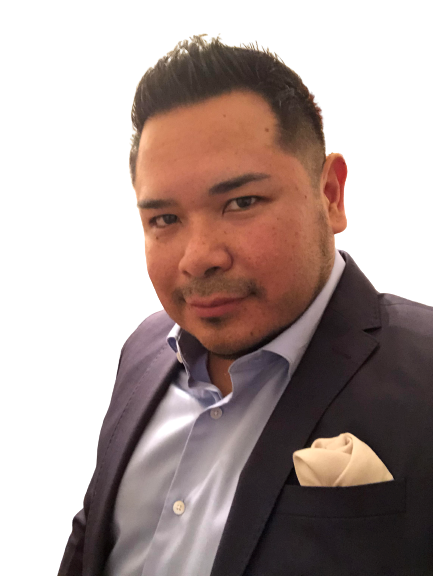 Melvin Honda´s exciting story started when he was a kid, around 5 years old.

I used to watch the stars with my dad and my uncle. Someone handed me a telescope so I could find Jupiter. I remember all I wanted was to be an astronaut at that point. I was always impressed by the technology needed to reach out to the moon and space.

Then is when I started to learn about electronics, chips, and programming.

My dad had 2 computers at home, so I started coding simple stuff in Basic programming language, but I liked "Assembler" language more because I could communicate with machines.

Fast-forward when I became 14 years old, I remember I was staying at one of my mother's friend’s house during one summer. She had an acoustic guitar hanging on the wall.

As soon as I put my hands on that guitar, that was it! I was hooked into making sounds (not music yet).

After a couple of years, another uncle bought me an electric guitar which I loved. At that time, I found out that some friends from the block played instruments as well, so we built up a rock band.

While I was reading Electronics Engineering and Telecom at University PUCP in Lima, I played the guitar in my free time with my friends.

Even though the Telecom and Music branch look different on the surface, Melvin found synergies in common.

Both use math and logic as corner stones. There are patterns on both sides that made me curious continuously.

I always wanted to learn more on how things are made. I noticed the way telecom things work, and that's using math functions which are based on waves and harmonies to resonate through mechanisms to send and receive messages between devices.

In the same manner, music notes and sound waves are basically using logical structures to create art. This art form contains in the same manner sounds and messages, which are heard, absorbed, and enjoyed.

Melvin has a successful career within the telecom and as entrepreneur driving his own company producing music, which shows his strong genuineness and commitment to his two passions

From my experience, when you really like something and you burn for it, the boundaries are broken on how much energy you want to put to achieve success.

In my case, I didn't want to wait for others to start working and creating. I always wanted things to be done.

Combining this drive with the same kind of energetic people, that's how I produced an album with my actual band, how I produced songs with several artists and released on Spotify, how I work on voluntary programs to deliver value, how I took roles as Program, Project, and Line Manager at the company I work at.

If you could mention the most relevant moment in your life where self-awareness and genuineness open doors of opportunities for self-fulfillment, what would that be?

I was probably lucky to get inspired early by my father when he explained to me how electrical things work and then my friends when they joined me to create music in my garage.

When I became 28 years old, I traveled the world thanks to my job in the telecom. Meeting up many people on different countries gave me new perspectives and opened my mind to become self-aware of my actions and where I do want to be.

There are many people out there that is curious to try the entrepreneurial path, but sometimes they think there is only one choice: employment or self-employment. You are an inspiring example that both can be pursued. What is your perspective about this?

There are many entrepreneurial persons that have inspired me like Elon Musk and Richard Branson. Actually, one of Richard's quotes is "If somebody offers you an amazing opportunity but you are not sure you can do it, say yes – then learn how to do it later!".

I think, in the end, it all comes to time management. If you burn for something, you will find a way.

What would be your 3 tips to be more connected to yourself and get started with a combined career journey?

You probably notice by now that I like quotes. There's one I love: "There are always ups and downs. You only fail when you stop doing it".

- Be curious and stay open. If you're not making mistakes, then you're not learning.
- Listen a lot and be observant. You think you are listening, and you think you're observing, but most of the time you're not. Trust me.
- Network with people like you. You will find people you complement each other. Building things, creating art requires many skills and people with the same goals will find a way to succeed.

What is your next step, any exciting plans coming?

At this point in life, we're in a transition in technology. I'm eager to learn more and gain skills in many areas. Leadership is one of them. But I'm learning as well about machine learning (AI), virtual reality, IoT, etc.

At the same time, I'd like to apply new technology with music and break more boundaries to find ways to communicate, not only to devices, but to peoples' minds and souls.

You can connect and follow Melvin´s exciting journey via: